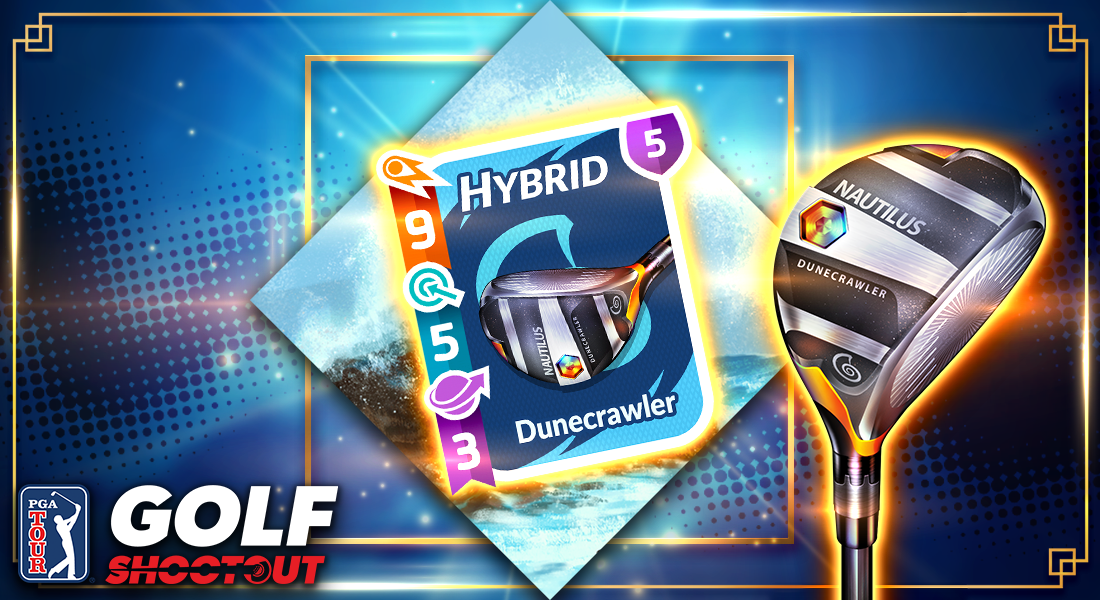 Today’s club is a powerful one. Before we get to it, we have an announcement:

We’ll be putting out a balance patch with expected rollout beginning December 16th. We expect this to be mostly buffs, but Dunecrawler is one we have our eye on in case it needs a change either way. In the right situation, it’s very powerful.

Now on to the card! 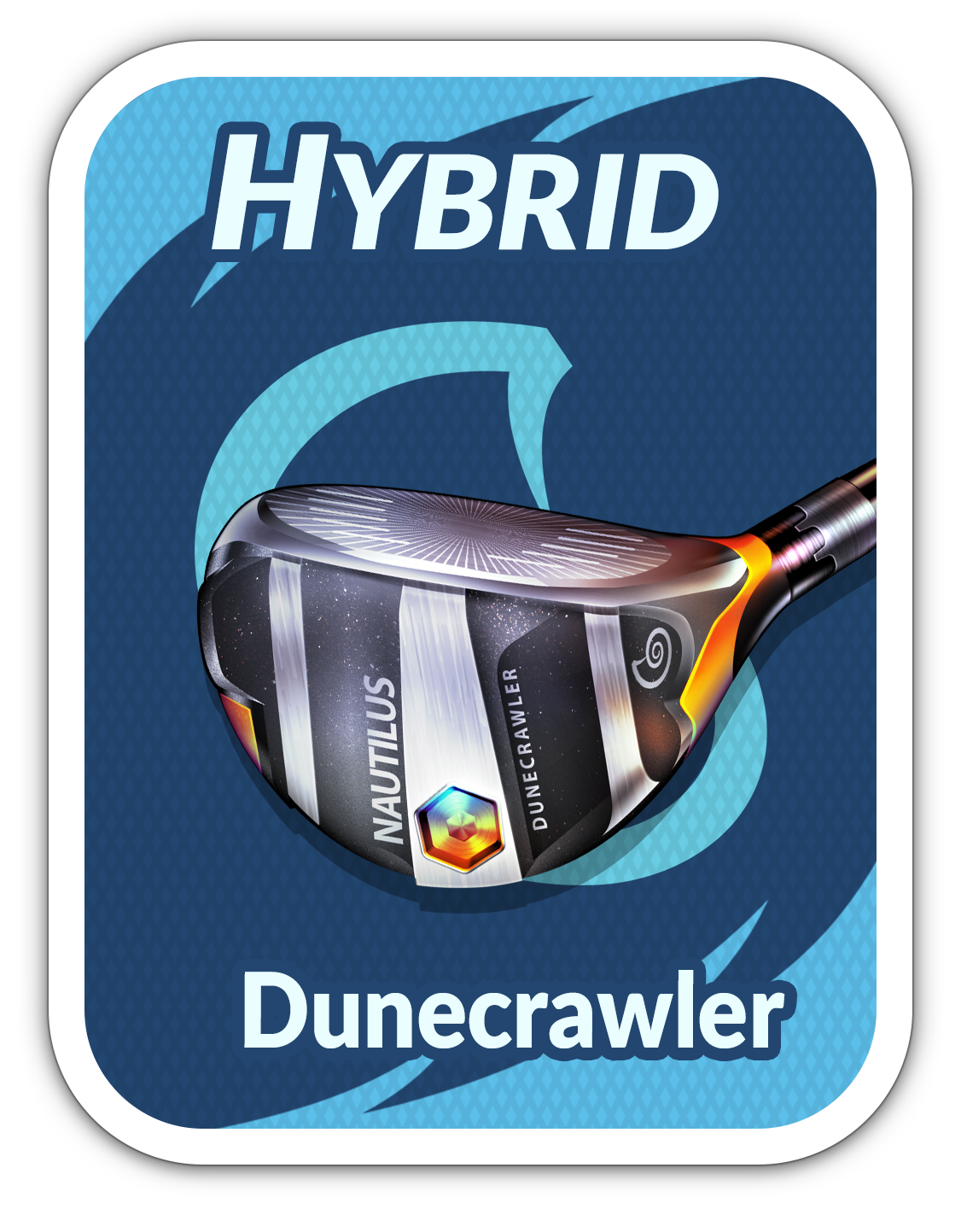 Dunecrawler is an Epic Hybrid that unlocks at level 2. As the name suggests, this club has a burning desire to see you succeed on any hole involving sand.

Its first ability is Power Shot. When you hit with Dunecrawler, you can pull all the way back for a few seconds to hit even further — at the price of a more difficult swing.

Its second ability is Bag Sand Bonus. While Dunecrawler is in your bag, all of your clubs get bonus stats when hitting from sand.

Its third ability is Terrain Resist. Compared to other low-loft clubs like Drivers and other Hybrids, Dunecrawler suffers a much lighter penalty when hitting from sand.

Near the green, Dunecrawler takes on a secondary role, helping irons and wedges eke out longer, more accurate chipping shots.

Away from the green, Dunecrawler is itself a heavy-hitter. Any sand trap becomes a launch pad to Power Shot the ball into the stratosphere. But when do you need that much distance? We’re looking forward to showing you a few places in coming months, including a new Par 6 hole, tomorrow.