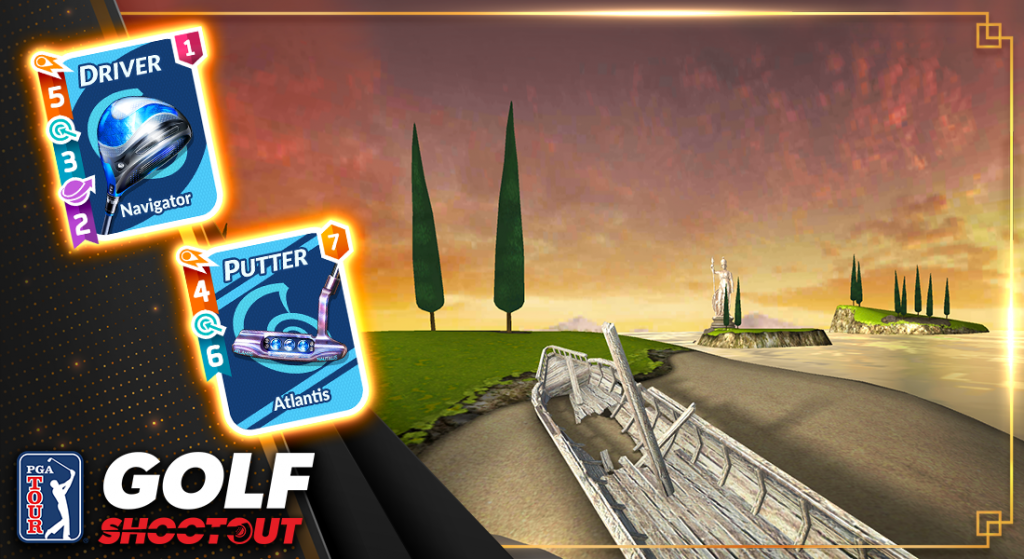 Today, it is our great pleasure to introduce two new clubs in the Nautilus brand AND a brand new hole, all playable December 12th.

First up is Navigator, a common driver. New players will unlock this club right away at Level 1, and it’s intended to shake up the low-level club metagame, offering a strong alternative to Rampart on long holes.

Its ability is Chains into Woods and Hybrids, meaning that hitting with Navigator causes Wood and Hybrid clubs to gain a massive stat boost on your next shot.

These are Navigator’s stats:

While Navigator is intended mainly for low-level play, we’re dreaming of a world where even high level players make shots with more Woods and Hybrids. Part of that dream can be seen in upcoming extra-large holes.

One we’re including with the Nautilus release is Mythical 7:

As you might guess, Mythical 7 is intended as a challenge for veterans. At 825 yards, Mythical 7 is our second-longest hole ever, and is the first official Par 6. Just getting to the end should be considered a victory, but getting there efficiently might take careful bag-building.

One club to consider is the new putter, Atlantis: 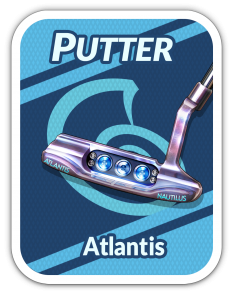 Atlantis is a legendary putter that unlocks at Level 8. It’s the first-ever Putter with a bag-bonus ability. On certain holes, it’s a doozy.

Its first ability is Bag Water Bounce, which gives each of your clubs the ability to cause the ball to skip once off of water.

Its second ability is Bag Water Bonus, which gives each of your clubs increased stats based on how close you are to water.

These are Atlantis’ stats:

By the way, we’re also improving the way abilities like Water Bonus are calculated. You’ll now see more benefit if you’re close to the outer edge of the ability’s radius (30 meters). This means clubs like Hydroforce may have a few new holes on which they’ll have an advantage.

For Atlantis, these abilities provide a potent reason to keep the putter on hand for Sawgrass, Boston, and the new Mythical holes.