The top real-life professional bowling balls from all of the best brands are now in PBA® Bowling Challenge.

Stock up on them now.

The Cheetah finals, the first of five GEICO PBA World Series of Bowling VI title events, aired Sunday on ESPN. It also was the first national telecast originating from the new state-of-the-art 60-lane bowling facility at the South Point Casino, Hotel and Spa complex on Las Vegas’ south side.

Pepe refused to give in to Allen in the title match, despite missing a 7 pin in the sixth frame which put him in a 29-pin hole with four frames to go. After leaving back-to-back 6 pins in the eighth and ninth frames, Pepe threw three strikes in the 10th frame to clinch the title.

Pepe came within one shot of matching a feat performed only one other time in PBA history: a 300 game in a player’s first-ever game on national television. Bob Benoit of Topeka, Kansas, is the only player to do that, winning the 1988 Quaker State Open in Fort Worth, Texas, with a 300-255 victory over PBA legend Mark Roth.

“I just told myself to make better shots,” he said. “It was unfortunate what happened to Dick, especially in the 10th frame – he threw that (7-10) shot really well – but I came up in the 10th and knew I only needed a mark a win. When all 10 pins fell down, I fell down, too.

Since its introduction in January 2013, the “Official Mobile Game of the PBA” has surpassed 8.3 million downloads on Android mobile devices, and has added almost 2 million downloads on iOS devices since its availability for Apple products in November of 2013. Those figures from Concrete Software, the creator of the PBA Bowling Challenge, translate into 4,700 downloads per day by Android users and 2,700 daily downloads by iOS users. Another 350,000 downloads have been recorded by Amazon and Barnes & Noble device users. 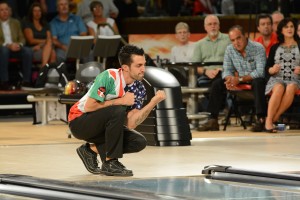 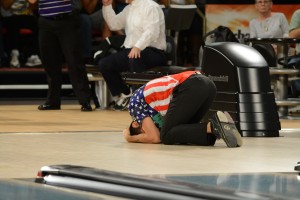 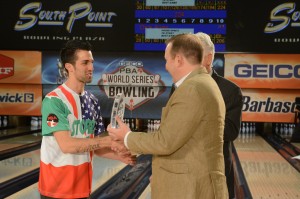 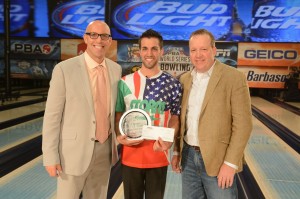 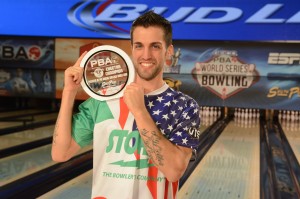 With 25 years in the video game industry, Rawson Law Stovall has in-depth knowledge and experience with all aspects of the industry. He has overseen and advised on game design, development, and production, as well as provided financial and distribution modeling, taking into account a wide spectrum of set-top, desktop, and mobile platforms.

Holding production and management positions at such companies as Electronic Arts, Sony, Activision, and MGM, Mr. Stovall has contributed to dozens of video games and interactive products with such franchises as The Sims, The Godfather, Medal of Honor, James Bond, Sony Movie Studio, and the Mighty Morphin’ Power Rangers. His games have collectively sold millions of units grossing over a quarter of a billion dollars.

Prior to his career in video game development, Mr. Stovall wrote “The Vid Kid,” a weekly nationally-syndicated newspaper column about video games for Universal Press Syndicate. Additionally, numerous articles about video games under his byline have appeared in trade and mass market magazines, and a collection of his works, The Vid Kid’s Book of Home Video Games was published by Doubleday Publishing Company. He was also a regular on The New Tech Times, a weekly technology-oriented television series on PBS and The Discovery Channel.

Mr. Stovall has appeared repeatedly on television, radio, and in print to speak on the subject of video games, including guest appearances on The Tonight Show, Good Morning America, and the CBS Morning News. He has been featured as a video game industry expert in The New York Times, The Wall Street Journal, USA Today, Newsweek, and the Los Angeles Times.

The PBA Cheetah Championship presented by PBA Bowling Challenge Mobile Game will be the first of four animal pattern championships conducted during PBA World Series of Bowling VI at South Point Bowling Center in Las Vegas. Qualifying and match play rounds will be contested on Saturday, Oct. 25, with the four-player stepladder finals to be conducted on Saturday, Nov. 1, for telecast on ESPN on Sunday, Dec. 14, at 1 p.m. ET.

Since its introduction in January 2013, the “Official Mobile Game of the PBA” has surpassed 8.3 million downloads on Android mobile devices, and has added almost 2 million downloads on iOS devices since its availability for Apple products in November of 2013. Those figures from Concrete Software, the creator of the PBA Bowling Challenge, translate into 4,700 downloads per day by Android users and 2,700 daily downloads by iOS users. Another 350,000 downloads have been recorded by Amazon and Barnes & Noble device users.

“The fact that an average of roughly 117,000 people play PBA Bowling Challenge every day is a testament to the game’s popularity,” said Keith Pichelman, CEO of Concrete Software. “It also is especially appealing to young people, with 40 percent of the players being between the ages of 13 and 24, and another 29 percent in the 25-34 age group. Those are exciting numbers for Concrete Software and for the sport of bowling.”

Pichelman also noted that 73 percent of the PBA Bowling Challenge players are male and 27 percent are female.

To download the PBA game in a version to fit your mobile device, visit /games/pba-bowling-challenge/ and click on the proper app store button.

The Professional Bowlers Association (PBA) is an organization of more than 3,200 of the best bowlers from 27 countries who compete in PBA Tour, PBA International Tour, PBA Regional and PBA50 Tour events. The PBA is in its 55th consecutive year of nationally-televised competition, reaching more than one million American households and thousands more around the world who watch PBA activities on Xtra Frame, the PBA’s exclusive online bowling channel. PBA sponsors include Barbasol, Brunswick, Ebonite International, GEICO, HotelPlanner.com, Jack Link’s, MOTIV, Storm Products and the United States Bowling Congress, among others. For more information, log on to www.pba.com.

Since 2003, Concrete Software has been creating your favorite games across all major mobile platforms, including iOS, Android, BlackBerry and Windows Phone. Fun, challenging, addictive 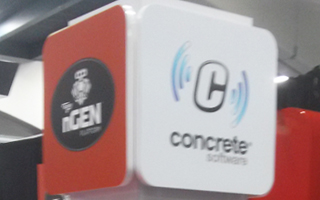 Concrete Software has partnered with Tapjoy in the past, using their systems in their most popular and successful titles, but the new nGen Platform promises to increase user engagement with contextually relevant advertising, and they’ve already started seeing results.

“Freemium shouldn’t be synonymous with frustrating,” said Keith Pichelman, CEO of Concrete Software, “and repetitive or irrelevant advertising can really ruin the player experience. Tapjoy’s new nGen Platform dramatically increases the relevance of the messaging and offers our players are exposed to. Putting the right messages in front of the right people is a big win for players and developers.”

Concrete Software has integrated the new nGen Platform into both the Android and iOS versions of their popular PBA® Bowling Challenge title and has plans to take advantage of the system in many more titles moving forward.