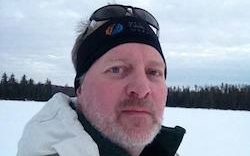 We are excited to announce the hiring of our new Studio Director, Chip Pedersen! He will play an integral role in our future plans to grow as a company, as we continue to create awesome mobile games.

Chip is the founder of Golden Gear Consulting and FrostBit Studio located in the frozen tundra of Silicon Prairie also known as Minneapolis. A twenty-five year veteran of the Tech and Gaming industry, Chip has held senior positions at Microsoft Game Studios, Activision, Griffin International and Outdoor Partners Entertainment. His experience covers numerous platforms and genres and he has directly managed AAA development teams of 60+ professionals. Prior to joining the gaming industry, Chip honed his tech skills as a Research & Development Specialist at Apple Inc. in Cupertino, California.

Chip’s team building philosophy centers around one key concept: the project always comes first.  Whether it’s strapping on motion‐capture goalie equipment for NHL Rivals, spending three days in the desert learning to shoot for the game Soldier of Fortune: Payback, or heading to the Boundary Waters to research lures for Bass Pro Shops: The Strike, Chip is one of those rare developers who not only creates games, he lives them. 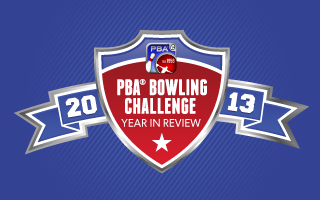 It was a year ago this month that we released PBA® Bowling Challenge. Milestones like this are a perfect opportunity to look back at the past year to celebrate successes and reflect on recent events.

Since its release last January, PBA® Bowling Challenge has been downloaded over five million times on Android. Having our game in front of that many players is exciting, but it’s also a big responsibility. Over the course of dozens of updates we’ve done our best to respond to player demand, adding a whole host of new venues and bowling balls, as well as bringing online multiplayer to the game.

We’ve also branched out to other platforms in the past year, including Amazon, Barnes & Noble, and most recently iOS, where we’ve been able to introduce over a million new users to our game.

We’ve also expanded our partnership with the PBA, airing televised commercials on ESPN and CBS Sports Network and sponsoring the WSOB Viper Championship last November. The PBA has been an incredible partner, encouraging and supporting us during production and since release.

But the most important thing we’ve accomplished this year is sharing our game with the people who love to play it. From the casual player who picks it up for a quick game in the dentist’s waiting room to the dedicated pro working late into the night on yet another 300 game, entertaining our players is what keeps us making great games. 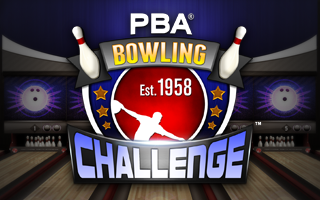 With over 5.8 million installs and a 4.6 out of 5 star rating on Google Play with more than 62,000 ratings, PBA Bowling Challenge has been extremely well received since its release in January. As the Official game of the PBA, actual tournaments, oil patterns, and legendary PBA bowlers are faithfully represented throughout the game’s extensive career mode. END_OF_DOCUMENT_TOKEN_TO_BE_REPLACED 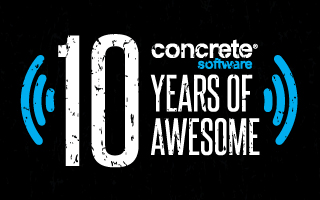 Today is our birthday. On August, 15, 2003, the foundation was laid for Concrete Software. With little more than a Personal Digital Assistant and a dream, we set out to make the highest quality and the most fun mobile games we could. That was 10 years ago.

We haven’t done all that, but we’re pretty proud of what we’ve accomplished, and it might sound cheesy to say it, but we couldn’t have done it without you. We’ve weathered the storms of platform wars and marketplace upheavals. We’ve watched other companies rise and fall, and seen breakthrough technologies come and go. And through it all we never stopped making the games that we want to play — games that we think you’ll want to play.

We’ve been around for a while, and we’ve seen a lot, but we still have a ways to go. After all, it has only been 10 years and The Simpsons has been on for 24 and the Rolling Stones have been rocking for over 50. But with a bona fide decade of experience under our belts, you can expect big things from us over the next 10 years. 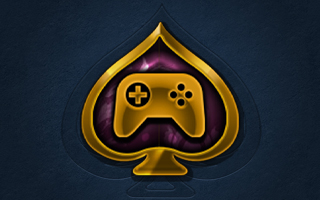 Minneapolis, MN – August 5, 2012 – Concrete Software, developers of rock solid mobile games, is pleased to announce the release of the multiplayer update for Aces Spades on Android.

Concrete has released several single player titles under their “Aces” line of classic card games, but Aces Spades is the first to take advantage of Google Play™ game service’s multiplayer systems. In addition to multiplayer mode, the update integrates a virtual currency system that allows users to play multiplayer games without interruption from advertising.

“PBA Bowling Challenge was one of our first implementations of both virtual currency and Google Play game services,” said Keith Pichelman, CEO of Concrete Software. “Since then we’ve been eager to add similar multiplayer systems to our card games. The single player version of Spades has been extremely popular and we think our users will enjoy playing against up to three of their friends in real-time, online matches.”

Concrete Software is looking forward to adding multiplayer in their other card games, like Aces Gin Rummy and Aces Hearts, in future updates.

Aces Spades is available now on the Google Play Store.