MINNEAPOLIS – January 26, 2017 – Concrete Software has updated Rapala® Fishing Daily Catch! Our brand-new tutorial makes getting into the game even easier for new players and works great for anyone who wants a refresher on the fundamentals. We’ve improved casting, tweaked the controls for hooking fish, and made fish attraction patterns much easier with on-screen prompts. Just wait until you see the improvements to leveling-up! Reward times are also now variable and more valuable than ever! 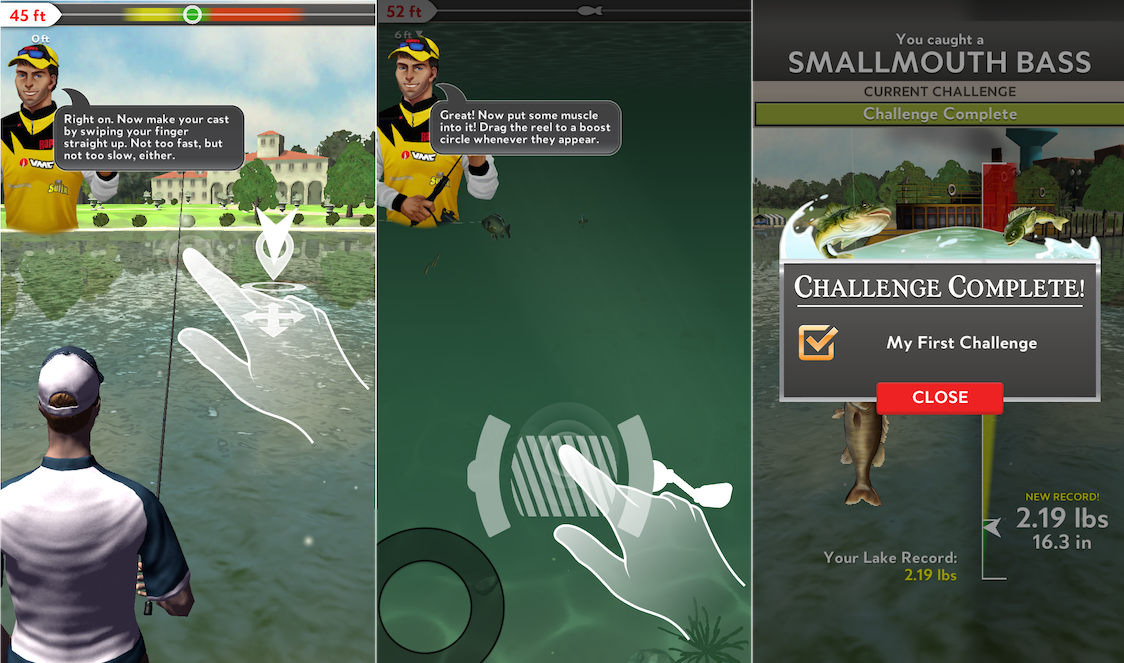 Legendary fish can appear in any lake location in Rapala Daily Catch. Be careful though, finding them is only half the battle. Not only are these living legends rare, they also put up epic fights too!

Here are four Pro tips on how to find and reel in a legendary fish:

How many of you have already caught legendary fish in Rapala Daily Catch? Comment below with your fishing tale!

James is one of our Senior Software Developers, he’s also an all around cool guy. He started out as a QA/Customer support specialist and has been with us for almost eight years. In his spare time James plays games like Overwatch and Rocket League, and dabbles in virtual reality programming.

At his time at Concrete Software,  James has become our go-to expert for rock solid code. From Blackberrys to iPhones, James knows them all. His favorite part about working at Concrete Software is prototyping new games and apps. James says that he loves the challenge and demands of prototyping new projects.
“It’s the time when you do the most amount of impact in the least amount of time. When you’re prototyping you can go from nothing to a playable game really quickly. The last 10% of work costs 90% of the time and my favorite part is that first 90%.”

At a company-wide appathon, James prototyped his first mobile game in just 24 hours. His prototype was called “Bounce” and it was about a “fuzzy blue guy getting back to his family”. James says he wanted to keep it simple. He wanted to have a story, with fun physics, and single touch gameplay. At the time he was a part of the QA team and in school, but his prototype soon grew into our game Jellyflop!

James is also a sucker for code and functionality in mobile games. His favorite app by Concrete Software is “To Do List Pro” because, in his words, “it was the most complicated app I’ve ever seen, and it was amazing for that.” He says the app gave the User lots of control, but at the same time you basically needed a CS degree to use it.

As a Senior Software Engineer James says he’s learned a lot over the years about game design and programming. He continues to enhance his programming skills and knowledge of mobile games. To other aspiring game developers James says, “If you want to make games or be a programmer, school is not enough; you have to do things on your own time. You have to just make games and projects on your own, you cannot expect school to teach you everything. When I started school I wasn’t doing enough personal projects, once I started working on side projects it gave a lot of context to what I was learning in school and made it more applicable and fun.”

Thanks for making our games and code awesome, and for being an all around code wizard!

Play to Win Great Prizes in the Guy Harvey Tournament in the Rapala Daily Catch game! Available in the Apple and Google Play store!

Today is the 4th and final day of the Guy Harvey Bass Fishing Tournament! The heaviest fish wins, so download the Rapala Daily Catch app right now and start fishing for that monster bass!

The tournament winner receives this Guy Harvey prize pack valued at $575! The angler with the second heaviest bass takes home a Guy Harvey limited edition print worth $200, and the third place finisher gets a Guy Harvey performance shirt that retails for $40!

Watch for special virtual offer to enhance and prolong your game! Remember, the more you play, the better your chance of catching the heaviest bass and winning the tournament! Don’t wait any longer – wet a line now by downloading the Rapala Daily Catch app: http://bit.ly/DownloadRapalaDailyCatch. 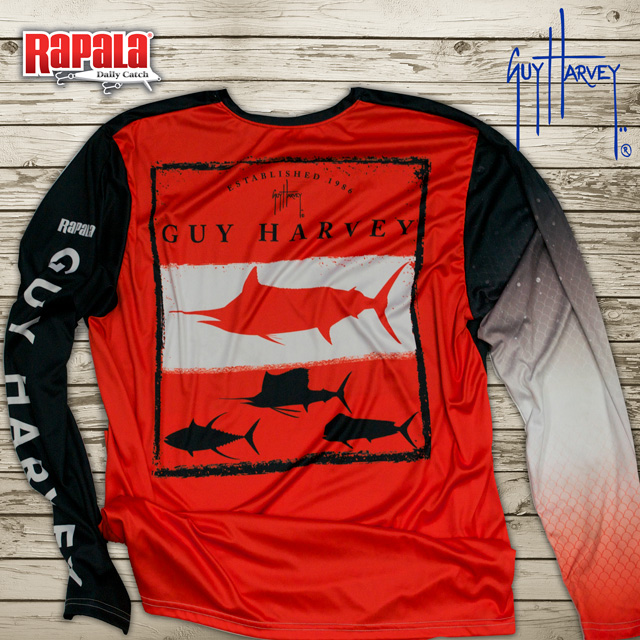 Play to Win Great Prizes in the Guy Harvey Tournament in the Rapala Daily Catch game! Available in the Apple and Google Play store!

The tournament winner receives a Guy Harvey prize pack valued at $575, the 2nd place winner takes home a Guy Harvey limited edition print worth $200, and the third place finisher gets a Guy Harvey performance shirt that retails for $40!

Watch for special virtual offers throughout the tournament to enhance and prolong your game! Remember, the more you play, the better your chance of catching the heaviest bass and winning the tournament! You have just 2 more days to fish the tournament, so don’t wait any longer – download the Rapala Daily Catch app now: http://bit.ly/DownloadRapalaDailyCatch.